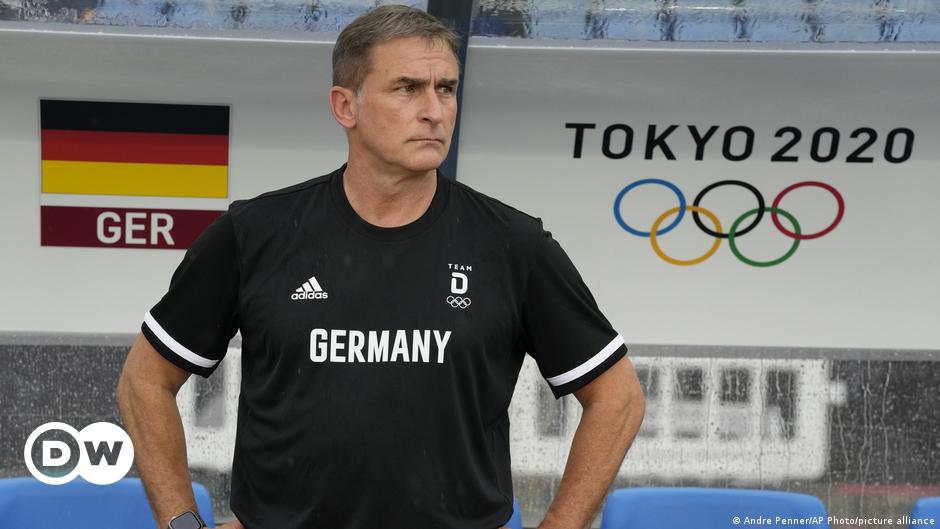 Kuntz led the German Under-21 team to three consecutive European Championship finals and won the title in 2017 and 2021. Most recently, the 58-year-old coached a German Under-23 team which failed to advance to the knockout stages of the Tokyo Olympics. .

He was rumored to be among the candidates being considered to succeed Joachim Löw as coach of the senior Germany squad, before Hansi Flick got the job.

He succeeds veteran Senol Gunes, who oversaw a disastrous Euro 2020 this summer, with Turkey knocked out in the group stage after three losses. Upon signing his three-year contract on Monday, Kuntz said he wanted to learn Turkish and embrace the country’s culture.

A 6-1 defeat to the Netherlands in World Cup qualifying two weeks ago sealed the fate of Gunes, with Turkey’s hopes of qualifying for a first World Cup since 2002 hanging in the balance. ‘to a thread.

“I didn’t become a national player until I was 30,” he said with a laugh. “I was also a late starter there too. So it has been with me my whole life,” he continued, adding that he now felt ready for a big job after refusing the approaches of the Bundesliga in the past. “Anyone who knows my CV knows that there must be new challenges from time to time. And coaching a national team in a country where I have a positive past is one of them.”

The German Football Association (DFB) said last week that it would gladly release Kuntz from his contract.

“Due to Stefan Kuntz’s successes with the German Under-21 national team and his special relationship with Turkey, the DFB does not want to hamper this next stage of his career,” said the DFB.

As a player, Kuntz won Euro 96 with Germany and played for Turkish giants Besiktas for a season under German coach Christoph Daum.

In Turkey, he will take over a team that is full of promising talent and that impressed before this year’s Euros. However, under Günes they lost all three group matches to Italy, Switzerland and Wales with a goal difference of -7.

Kuntz’s first game in charge will be a key qualifier against Norway on October 8, followed by a trip to Latvia three days later. Turkey face an uphill battle to qualify for Qatar 2022, but Kuntz insists he “wants to achieve this little miracle”,